The campaign raises awareness about the dire state of the U.S. criminal legal system, the devastating impact of incarceration on communities and families, and proposes more effective crime prevention strategies for our country. 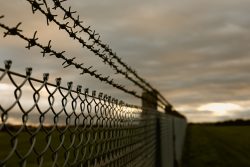 Image by mb-photoarts on Freepik

The social, moral, and fiscal costs associated with the large-scale, decades-long investment in mass imprisonment cannot be justified by any evidence of its effectiveness. Misguided changes in sentencing law and policy – not crime – account for the majority of the increase in correctional supervision. Mass incarceration instigates poor physical, psychological, and economic outcomes for the people who experience imprisonment, for their families, as well as for the broader community. Imprisonment leads to declining prospects for employment and results in lower earnings in the longer term. Food insecurity, housing instability, and reliance on public assistance are also associated with prior imprisonment.

This year, The Sentencing Project and a coalition of advocates, experts, and partners are launching a public education campaign, 50 Years and a Wake Up: Ending The Mass Incarceration Crisis In America. The campaign raises awareness about the dire state of the criminal legal system in the country, the devastating impact of incarceration on communities and families, and proposes more effective crime prevention strategies for our country.

The title for this campaign was born out of a colloquial phrase that incarcerated people sometimes use to describe the life of their sentence, plus one day (e.g. “I have 20 years and a wake up”). It also serves as a double-entendre, calling for our country to “wake up” to the harsh and dangerous realities of mass incarceration in America.

Mass Incarceration in America: By The Numbers