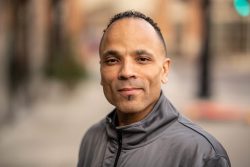 “The system is working exactly the way they want it to work,” says Ramiah, and he would know. Ramiah will not vote due to felony disenfranchisement until 2042, yet one can be certain he is paying taxes every time he turns around.

We’re fighting to ensure equal access to the ballot by advocating that everyone, despite their criminal record history, should be able to participate in our democracy. That’s why we’re working to end unconstitutional disenfranchisement law that disproportionately impacts people of color.

What Is Disenfranchisement of the Right to Vote?

Disenfranchisement happens when the government takes away someone’s right to vote. Typically, this is seen in the United States when someone is convicted of a felony crime. This is any felony no matter how minor the offense, and even if no prison time was served. Persons convicted of misdemeanors do not lose their right to vote.

The right to vote is a state issue. States were free to exclude anyone they wanted to from voting and they did. It was not until after the Civil War that the federal government stepped in to force states to guarantee voting rights regardless of race, color, or sex — and eventually the right of eighteen-year-olds to vote — by amending the Constitution.

There are no such guarantees in the U.S. Constitution for persons convicted of crimes. In fact, prior to the 1974 U.S. Supreme Court decision in Richardson v. Ramierz, the courts had not determined the constitutionality of states restricting voting rights. The Richardson court held that the Fourteenth Amendment allowed states to restrict voting rights to persons for “participation in rebellion, or other crime.”

Whether a person with a felony conviction is permanently barred from voting is determined on a state-by-state basis. Restoring the voting rights of people convicted of felonies has had an uneven history. Over the years, states have loosened the restrictions only to reinstate them later.

Almost all states prohibit people convicted of felonies from voting, but most reinstate the voting privileges at some point. States vary in how they handle restoring a person’s voting rights and typically fall into three categories:

Never lose the right to vote: There are two states (Maine and Vermont) where people convicted of felonies never lose their voting rights. They are able to vote even from a prison cell.

Conditional reinstatement: A few states have conditional requirements for reinstating felony voting rights. In some cases, disenfranchisement is permanent.

The people of EXPO know that shifting policy starts with shifting narrative and culture. We work to center the stories of people directly impacted by this issue, in an effort to shift narrative and public opinion around voter disenfranchisement from one of ‘punishment for a crime or conviction status’ to one of unconstitutional disenfranchisement based in white supremacy and racism.

Through social media campaigns, video storytelling, and traditional media, we want to ensure this work and these stories become a part of statewide and national conversations around rights restoration, voter disenfranchisement.

EXPO of Wisconsin will use our stories and narratives to raise awareness of the racial disparities around disenfranchisement, the social harms that result from disenfranchisement, and as a way to mobilize community members to become actively engaged in this effort- as we make our democracy truly representative by expanding the “we” in “We the People”, and bringing about the bold vision of the full ending of felony disenfranchisement in Wisconsin.