By, Erin McGroarty, The Cap Times

Experts say mental health care at Taycheedah Correctional Institute went from the worst level of care in the statewide corrections system to among the best.

In the early 2000s, an “egregious” lack of mental health care at Wisconsin’s only maximum security women’s prison brought about a pair of lawsuits that required the facility to turn its practices around. In the years that followed, according to experts involved in the legal process, mental health care at Taycheedah Correctional Institute, in Fond du Lac, went from the worst level of care in the statewide corrections system to among the best.

It has been more than a decade since the Wisconsin Department of Corrections settled the lawsuits against Taycheedah Correctional Institute that demonstrated how the maximum security prison failed to provide adequate mental and physical health care for the women incarcerated there.

Failures identified in the lawsuits included the shackling of pregnant women, placing women at risk of suicide in solitary confinement-type cells, errors in psychotropic medication ordering and administration and the near total absence of therapeutic care for prisoners, according to the American Civil Liberties Union of Wisconsin. 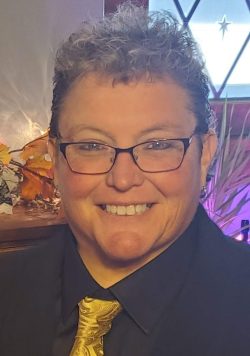 Before the lawsuits, women could spend years incarcerated at the facility without being seen by a clinician or provided any mental health care.

“Nobody ever asked what happened to me,” said Tamra Oman, a woman previously incarcerated at Taycheedah who now works as an advocate for women who have experienced incarceration. “We just talked about what drugs do to your brain.”

Now, as Taycheedah places more attention on identifying mental health needs at the start of a woman’s time incarcerated at the facility — and collects data to record the health issues of its population — prison officials say they are better serving prisoner health needs.

For women like Oman, who suffered alone behind bars during her time in prison, the changes are long overdue.

In the early 2000s, nearly four years before the lawsuits were filed, Oman turned herself in to police for forgery and writing bad checks, money she used to buy drugs.

Oman had turned to substance use in her teen years as a way to numb years of trauma and abuse. She later entered recovery, but then relapsed as an adult after losing her brother to suicide and both her grandmothers in the same year.

“I had never wanted to be a criminal so I had turned myself in. I did not want to live that way,” Oman said. “At that point, I either wanted to die or get better.”

When she was sentenced to three-and-a-half years at Taycheedah Correctional Institute, Wisconsin’s only medium and maximum security prison for women, she hoped to get treatment for mental illness diagnoses she already had from professionals outside the Department of Corrections. She was wrong.

While inside, she received little to no mental health care. “We don’t talk about what happened,” she said. “Why would someone start smoking cocaine? We don’t ask those questions.”

Her social worker met with her just twice throughout her sentence: once while serving time and once prior to release. She was never seen by a clinician, psychologist or therapist.

“I really didn’t have help,” Oman said. “After having that many prior diagnoses, which is crazy.” Oman wasn’t the only woman at Taycheedah who wasn’t receiving care, exacerbating problems among the prison population.

“While you were there you also had to deal with the adversity of all these other women who were struggling with their own issues and you’re all put in one place together with no support,” she said.

Oman served a little less than two years at Taycheedah before being transferred to John C. Burke Correctional Center — now a minimum security men’s prison in Waupun — for the remainder of her sentence.

She now serves as statewide director for Expo Wisconsin’s FREE campaign, a criminal justice advocacy effort for women who have experienced incarceration.