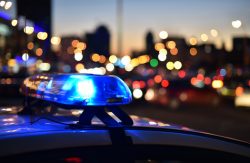 According to Annie E. Casey Foundation, about 22,500 were arrested in Wisconsin in 2020, the lowest number in ten years (Adobe stock photo)

From Fox News to The New York Times, media coverage over the past few years has sounded the alarm about a purported increase in violent crime among kids. However, a new report finds those claims have been false or largely overstated.

The research by The Sentencing Project reveals youth violent crime rates, in categories from murder to robbery, declined nationwide from 2019 to 2020. Ann McCullough, a Youth Justice Wisconsin project director, said her organization has noted similar declines locally, but said unfounded stereotypes still can have long-term repercussions.

“Negative stereotypes about youth, service gaps and structural racism are the foundation for the youth-related criminal-justice policy and system we have today,” she said, “nationally and in Wisconsin.”

To keep kids out of the system, the report’s authors propose diverting young people accused of crimes into restorative justice programs, placing more counselors in schools instead of police, and providing positive development programs for kids who have gone through the system.

With the impending closure of the Lincoln Hills and Copper Lake youth prisons, McCullough said she believes now is the time to open a new chapter in Wisconsin’s youth corrections system. However, she added, alternative programs are facing significant staffing shortages, an issue she contended could be remedied in part by new investments from lawmakers.

“Public health models for violence prevention work,” she said, “but they also need to be funded and supported at the same level as our correctional system in order to see a significant change.”

According to data from the Annie E. Casey Foundation, juvenile arrests in Wisconsin dropped by about 70% from 2011 to 2020. Richard Mendel, who wrote the report as a senior research fellow for The Sentencing Project report, said national crime rates among kids and teens have been declining for years.

“Over the past 20 years, the share of arrests of kids under 18 has fallen by more than half, and they continue to fall,” he said. “A lot of this has been tied to the pandemic. The share of crimes that were committed by kids went down – and despite that, we’re seeing this narrative of youth crime ‘out of control.'”

The Sentencing Project report only includes data up to 2020, the most recent year the statistics are publicly available, and its authors acknowledged future data may reveal that youth crime rates have increased since then. However, they noted that would be understandable, given the mental-health impacts of the pandemic on kids, and said they think it shouldn’t serve as rationale to push for more punitive juvenile-justice policies.