Honoring April as Second Chance Month gives us an opportunity to check in on developments in voting rights and expanding the franchise to incarcerated voters. Voting rights for justice impacted voters is a re-entry and public safety issue. Research suggests that re-enfranchisement can facilitate successful re-entry and reduce recidivism. The Sentencing Project is working regularly with state and local campaigns to expand voting rights to justice impacted voters.

In 2022, advocates in at least four states are working to advance legislation that allows voting for persons in prison while a recent North Carolina trial court ruling expanded voter eligibility to persons on felony probation and parole.

Free the Vote in the Americas

The Sentencing Project partnered with the student-led Chilean coalition – Fundación Proyecto Reinserción – to host a virtual strategy session on expanding voting rights across the Americas.

In Chile, persons sentenced to three years or less in prison can currently vote. The Voto Preso coalition is working to end the voting ban for all persons in Chilean prisons as part of the constitutional rewrite.

US and Chilean advocates discussed the roots of felony disenfranchisement and strategic efforts to expand voting rights to persons in prison. Future meetings are planned to discuss strategies and tactics for incarcerated voting across the Americas in Chile, Puerto Rico, Mexico, the United States and other countries. To participate, please contact Nicole D. Porter, The Sentencing Project’s Senior Director of Advocacy. 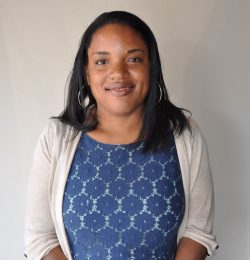