This film forwards an abolitionist analysis of the prison industrial complex by weaving together voices of Angela Y. Davis, Ruth Wilson Gilmore and formerly incarcerated women. Moving beyond critique, this film highlights Susan Burton, a formerly incarcerated activist, who founded the re-entry project “A New Way of Life” as an alternative to incarceration. Designed as a teaching tool, Re-Visions presents alternatives to carceral systems, featuring Dylan Rodriguez, Melissa Burch, and Paula X Rojas. 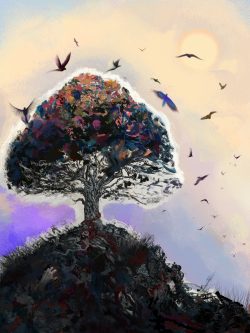 Part I “Breaking down the Prison Industrial Complex” weaves together the voices of women caught in the criminal carceral system and scholar-activists of the abolition movement, explicating its foundations in slavery, capitalism, and the racial-gendered violence it perpetuates. The film features Susan Burton who established A New Way of Life, a group of transition homes for women coming home from prison in South Los Angeles.

Part II “Abolition Past, Present and Future” documents the recent history of the prison abolition movement through the organizing efforts of Critical Resistance and explores the meaning of abolitionist politics. By focusing on the collaboration between Critical Resistance Los Angeles Chapter and A New Way of Life, and seeing how ongoing PIC abolitionist work draws from other liberation movements, this film unfolds visions of abolition as an ongoing struggle for freedom from destructive carceral systems.